After a very long break, finally I’m here with a race report. I had a truly busy period. Travels, flights, works, trainings… I’m getting relief slowly…

I had the most important race of the season two weeks ago. National Championship…As most of you know, I didn’t have luck for the season since winter time. But eventually I had to look forward and I did. I tried to be prepared as good as possible.

Of course I wasn’t alone while preparing for my race. My friends were always there 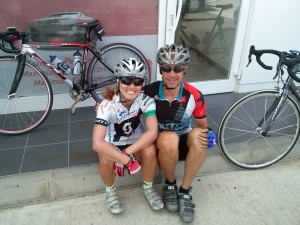 for me. Özgür Nevres worked incredibly hard that I could do what I had to do for my trainings. We’ve made perfect training. With every pedal I did behind him, I wished I could have been training during the season. Each person who touched my life had also the part on my podium, such as my friends from Bodrum, friends who helped me in emergency times when my legs were at the edge of injuriy, Victor Zandbergen who came from the Netherlands and had to live one week as in military camp with me.

So, to make all these happen, Victor came to Bodrum on Saturday the week before the championship and we flew to Istanbul on Sunday. Özgür Nevres again was with me at all trainings. On Wednesday and Saturday I’ve been in the race course and read the course quite fine. On Saturday, after my track training, Özgür and I would make extra training for feedzone, ‘cause that would be his first feedzone experience. I wanted everything to be perfect on the race day.

On the last lap of my track training, I was crashed on the rocky section by an inexperienced rider who was walking down in the technical part by carrying the bike and insisted not to go away out of the track. I was even not able to pedal because of deep cut and hit on my knee, yet I could manage to reach to the point where my friends were waiting. I was suffering too much, nearly would cry but had to switch the pain in my mind at that time.

Finally Sunday was at the door. After getting up, I checked my bike again, even if I already finished all works on it one night before. Had breakfast, calm and concentrated… Prepared my race bottles and foods I’d use before and after race. You wouldn’t believe that but I even cooked spaghetti with tomato souce and made salad. To have my friend Victor there was very beneficial and giving me comfort and strength. When Özgür arrived we were ready to move! 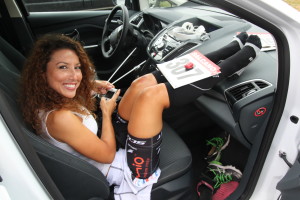 While approaching Arnavutköy, it started raining. There were 2,5h to my race, so everything could change. I didn’t care about the weather. It was raining but wasn’t cold. That was good enough for me. I had waited in the car until my warming up time came while my friends were making inspection for me to put my roller and warm up, somewhere flat, less mud and under a tent.

When my warming up time came, I took my bike and carried it to the predetermined warming up area without being mud. I wanted to be clean on roller. I was surrounded by my friends. It was a fascinating emotion. Full of love… It’s so good to love and to be loved.

Well, while warming up, somehow I felt a lack of power. But I didn’t think about it. It was time to go to the start line. We took place behind Elite Men…………….

On the next part we’re going to race together, challenge and pass the finish line together…